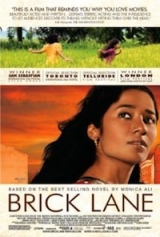 Simran and Raj, both NRIs brought up in Britain, meet and fall in love on a grand European tour. However, Simran is promised in marriage to the son of a family friend who lives in Punjab. Simran's father, Chowdary Baldev Singh, who prides himself on having retained his cultural values while making a living as a small shop owner in London, is intent on strengthening the bonds with his country of origin by arranging a marriage between his daughter Simran and the son of a family friend, Kuljeet, in Punjab, India.