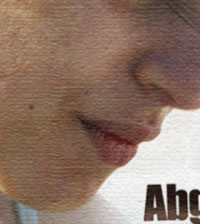 The screenplay was developed with the support of BABYLON Europe, a European film development initiative founded by Gareth Jones of Scenario Films Ltd. Gareth Jones was a member of the AHRC-funded Research Network Migrant and Diasporic Cinema in Contemporary Europe.  BABYLON is an audiovisual development programme that assists filmmakers of culturally diverse backgrounds to break thought into the international mainstream. It particularly supports projects that engage with issues of migration, diaspora and ethnic diversity. Verena S. Freytag participated in BABYLON Europe's first Workshop in 2007 when she was still known as Sülbiye Günar, the name under which she wrote and directed the coming-of-age story Karamuk  and Saniye's Desire (both featured on this website). The working title of her screenplay in 2007 was 'Alpenhof'. Verena Freytag's film Burnout was shown at the Berlin International Film Festival 2012 and also won the Max Ophüls Prize.