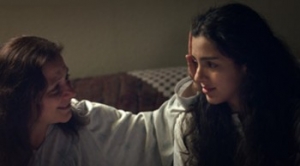 Umut Dag's feature film was co-written by Petra Ladinigg, one of the almuni of BABYLON Europe (2009). Gareth Jones, who is a member of the Research Network Migrant and Diasporic Cinema in Contemporary Europe, founded the audiovisual development programme BABYLON Europe in 2007 (and subsequently BABYLON International) with the aim to assist filmmakers of culturally diverse origin to break through into the international mainstream and has been particularly committed to supporting and developing scripts and films engaging with migrant and diasporic themes. Kuma was produced by Wega-Films (an Austrian company that also produced several of Michael Haneke's films), opened the Panorma section of the International Film Festival in Berlin in 2012 and has already been sold to 15 territories.