04. Diasporic Families and the Rehabilitation of the Father Figure in Recent French Cinema 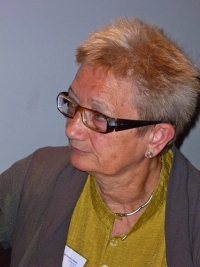 This paper was presented at the conference The Diasporic Family in Cinema on 21 May 2011 and introduced by Professor Yosefa Loshitzky (University of East London).

Abstract: French cinematic representations of the diasporic family, most often of Maghrebi, more specifically Algerian descent, have, since the 1980s, with few significant exceptions, centred on the problematic place and identity of second generation youths at odds with their first generation migrant parents.  Indeed the narrative role of such parents has typically been absent or marginalized, or, in the case of the Arab-Muslim father figure in particular, represented as a negative influence on the children’s ability to integrate into French society. However, in the last few years, films about second generation banlieue youths have given way to films which explore with more attention and complexity the relationships between different generations within the diasporic family, and which, notably, foreground and seek to some extent to rehabilitate the role of the father.  This paper compares and contrasts the representation of the father figure in recent French films and assesses the extent to which the foregrounding and rehabilitation of the father confirms the settlement of the younger generation in France.