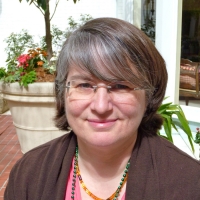 This  paper was presented at a panel on 'Citizens of Plural Worlds: Family and Nation in the Age of Globalisation' at the SCMS Conference in New Orleans on 12 March 2011.

This paper attempts to articulate a new methodological approach to the fragmentation of kinship structures through globalization and the cinematic response this evokes. Focusing on Eastern Promises (David Cronenberg, 2007), It Happened Just Before (Anja Salomonowitz, 2006) and Chicken Soup (Mario Rizzi, 2008), it maps out different figurations of familial loss in the context of female labor in recent popular and political filmic representations of migrating women. Political films that address female trafficking engage with the difficult question of children as motivator for migration into servitude and bondage. They portray the complex relationships between mothers and children in long distant care and the domestic and sexual labor through which women reproduce families in the first world. In examining visual articulations of sexual trafficking and female migration, this paper draws on feminist social science approaches, notably the concept of  'chains of care', alongside Leslie A. Adelson’s literary figure of 'long-distance affiliation'.