03. Innocents Abroad: The Diaspora in the Shaping of the Imagined Indian Family 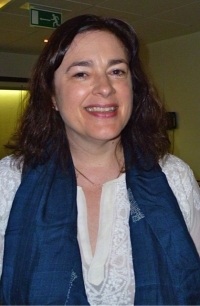 This paper was presented at the conference The Diasporic Family in Cinema on 21 May 2011 and was introduced by Professor Yosefa Loshitzky (University of East London).

Abstract: Many recent Hindi films are set partially or wholly in an imaginary diaspora, usually in the UK or the USA, yet the characters, their lifestyles and their language are always marked as Indian rather than as diasporic.  This paper examines the depiction of the Indian family in these films to question the meaning of the diasporic setting. For example, are there particular issues concerning the Indian family that can be raised only outside India? Do these films tell us more about the metropolitan Indian family than about the diasporic family?  What is the relationship between the two? The paper concentrates on two major forms of the diasporic family film that developed after the path-breaking DDLJ (1995) and are some of the biggest box office successes in Hindi cinema.  One is the big budget diasporic family romance closely associated with Yash Raj/Karan Johar, starring Shah Rukh Khan.  These range from family melodramas (Kal ho na ho, 2001; Kabhi alvida na kehna, 2006) to the issues of post 9/11 America (My name is Khan, 2010).  The other is the comedy film, where Akshay Kumar plays the diasporic Indian hero, whose ‘innocent abroad’ act wreaks havoc (Singh in Kinng, 2008; Housefull, 2010) contextualising them in the wider history of the diasporic Hindi film.