06. My Big Fat Diasporic Wedding: Negotiating between Tradition and Modernity 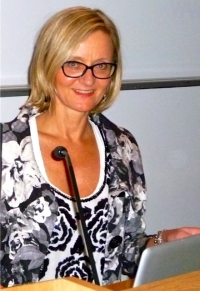 This paper was presented at the conference The Diasporic Family in Cinema on 21 May 2011 and was introduced by Professor Mark Hobart (SOAS, University of London).

Abstract: Weddings ritualise the family unit and perpetuate structures of kinship through a continuous creation of family feeling. For diasporic families such ‘rites of institution’ (Bourdieu) are particularly important since they reinforce and sustain affective obligations across long distances, thereby counteracting the destablilsing forces of transnational migration and diasporic existence. The proliferation of wedding films in diasporic cinema can be explained by their crossover appeal. They satisfy diasporic audiences’ nostalgia and provide the comforting reassurance that cultural traditions and family values of the homeland can and do live on and that kinship networks remain intact despite the family’s dispersal across several continents and cultures. To western majority audiences wedding films crystallize the Otherness of diasporic cultures, especially when linked to arranged marriage, a practice considered irreconcilable with western notions of romantic love and individual self-determination. This paper examines how in Mira Nair’s Monsoon Wedding (2001), a film about an Indian wedding that reunites a transnationally dispersed family in New Delhi, the conflicting demands of tradition and modernity are reconciled in a modern ‘arranged love marriage’. Similarly, the romantic comedy Evet, I Do! (Sinan Akkus, 2009) celebrates the convergence of tradition and modernity, Turkish and German (family) values through an inter-ethnic romance that culminates in a big Turkish wedding.