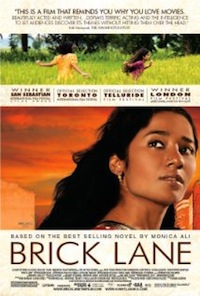 She takes a young lover, who initially brings tenderness and fulfilment to her life and introduces her to politics, though she later comes to reject him when he embraces a crude Islamic fundamentalism. Her husband (superbly played by Indian comedian Satish Kaushik) briefly comes into his own when he stands up against the arrogant cultural isolationism of the Islamists in their post-9/11 mode, and then he liberates Nazneen by deciding to return to Bangladesh.